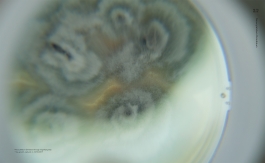 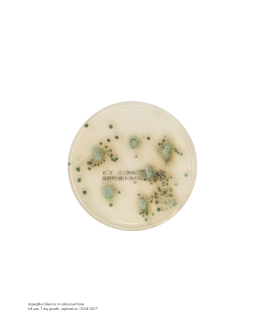 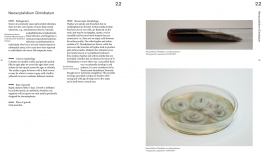 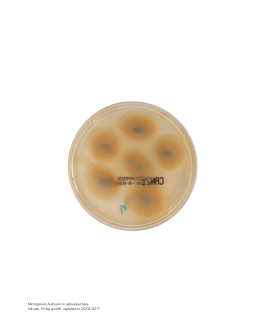 When developing the idea to remake a scientific publication, moulds came to mind considering they are often visually stunning but hard to develop in a consistent way. When asking, the laboratory of GZA Sint Augustinus hospital was willing to cultivate some of the moulds stocked in their database on petri dishes as well as in test tubes. The human moulds were photographed as they grew and presented in an alternative publication containing information such as pathogenicity, rate of growth and microscopic morphology. The publication contains polyester chalk inserts with images of the moulds on scale 1/1 as well as microscopic images made by using the microscopic camera of the hospital. Being based on other publications on these specific moulds, the publication is scientifically accurate.